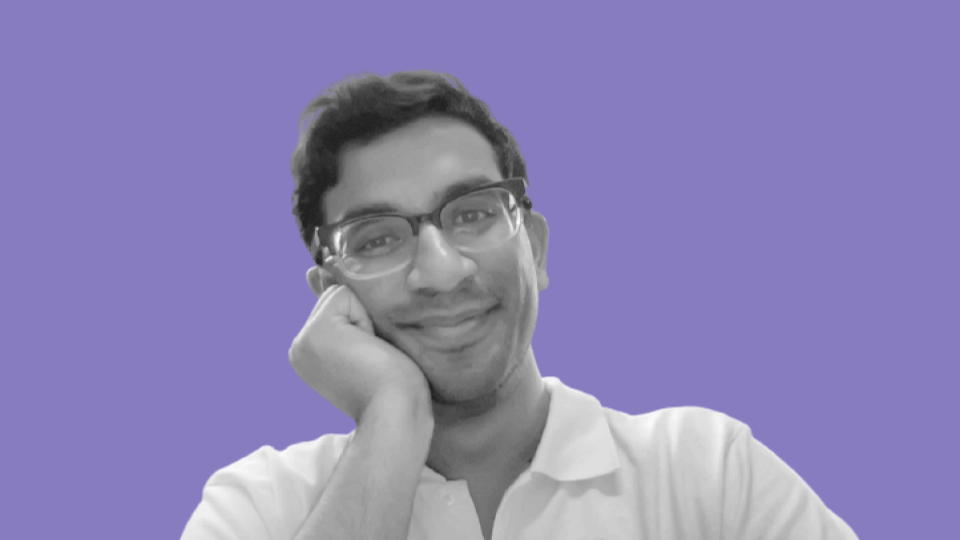 “Building a startup, for most parts, is about managing chaos, making it a continuous process. When you’re building a company, it goes without saying that things will keep changing. Every variable change might accompany some level of chaos. So, you need to keep revisiting your structures, time and again. ” - Brew Money’s Archisman Das

Things spiraling out of control every once in a while is an inevitable bump in the road to building a startup. That doesn’t mean you have to lose your business or mind to that chaos. Brew’s co-founder Archisman Das says that it is, in fact, wise to expect some amount of chaos. That way, it won’t run rampant - you can catch it in time and work to detangle the knots.

Despite going their separate ways professionally, Practo alumni, Archisman Das and Mehul Marakana kept in touch and would often bounce ideas off each other. With an aim to empower average consumers to easily leverage the benefits of decentralized finance and build wealth, they cofounded Brew Money in 2021.

Archisman and I sat to discuss the details of how as a team, they have been navigating their way through early chaos of building a startup. He talks about the importance of looking back, expecting the unexpected, and time management as key ingredients for successful chaos management in the early days.

What are you trying to solve with Brew Money?

Decentralized finance, or DeFi, has really emerged in the last three to four years. Imagine automated computer programmes running on top of blockchains, providing various financial services, similar to what you get from traditional banks or exchanges. The upside to DeFi is that it is all automated, there are no centralized intermediaries. All you need to participate in this ecosystem is a cryptocurrency wallet.

However DeFi is as complex as it is interesting, and Brew Money wants to ensure that regular folks, who aren’t hardcore techies, can enter and operate in this ecosystem seamlessly. We are essentially building a mobile wallet that simplifies the concept and helps non-tech users create stable coin deposits on bluechip decentralized financial protocols, and earn up to 10% yield on their assets. Simply put, it’s like depositing your money in a bank and earning a higher yield because blockchain is the intermediary here, rather than a bank.

Chaos is a byproduct of company building. What stirred up chaos during Brew Money’s initial days?

Even after closing the funding round with Accel, we were just a two member team - me and my co-founder Mehul. We realized that we needed more people to hit the growth we envisioned.

The issue when you are a small startup is that there are a lot of people-based dependencies. If a new recruit doesn't show up on the day of joining or your co-founder gets a health issue at some crucial moment, it can slow things down for you. So things like these added a lot of chaos early on. To top it up, we are building something in a space like crypto, where things keep changing. Something new happens almost every week.

As a founder, the initial juggling of multiple priorities like - building a team, talking to customers to get validation, and plenty of administrative overhead work is bound to get overwhelming.

I realized that while building a company, there would be things you’d expect not to pan out, but a few seemingly sure-shot cards might also go wrong, out of the blue. Ambiguities and uncertainties amidst all the things you're trying to do leads to chaotic circumstances in your startup journey. So, just be prepared for a lot of commotion in the early days.

How did you take a step back and re-establish control when things were going haywire?

I can’t claim to have a foolproof answer because a startup, for most parts, is about managing chaos and making it a continuous process. When you’re building a company, it goes without saying that things will keep changing. Maybe you are shipping a product well with two or three members and then you decide to expand the team with a few more engineers. But, things start slowing down instead of moving faster.

Also, as a founder, there is always this temptation to get a lot of things done simultaneously. We’ve been working on three to four big items for a while, and expanded our team about a month back. But, still we couldn’t complete shipping, plus we were also planning to start working on two more items. We realized that we should focus on shipping the first three items before moving on to the next agenda. Having too many things as work in progress is challenging to execute.

So, whenever you feel the team’s efforts are not materializing into outcomes, it is best to step back because it's probably due to a gap in prioritization. Every change might accompany some level of chaos. So, you need to keep revisiting the structure, time and again.

Say you’ve figured out what’s off in the system. How do you arrive at your focus area and ensure that the entire team is aligned?

There’s a brilliant Paul Graham essay called Startup = Growth that I’d recommend every entrepreneur to read. At the end of the day, the northstar for any organization is growth, so you work backwards from there.

When you don’t get tangible outcomes despite the effort, I feel the first step is to identify the area that is demanding more structure. Next, you sit with the team, assess their individual strengths, figure out what each member has been working on and whether they are aligned with the weekly or monthly goal. Also, note down the items that may have piled up on a bucket over a period of time.

If there are things you don’t have clarity about in terms of execution, de-prioritize them and concentrate on the ones that are driving growth at the moment. This approach has worked for us, so far.

How do you go about controlling various aspects of company building? Do you and your cofounder approach them as a team, or split responsibilities?

Considering that we’re still at a fairly early stage, I take up the ownership of driving the focus of every team member. I also collaborate closely with my co-founder, particularly on agendas related to engineering and product development.

Specifically at an early stage, I feel, only the co-founders and CTO should dabble with multiple priorities. The rest of the team must focus on singular priorities as much as possible, or else, things tend to slow down.

Clearly, handling multiple priorities calls for strategic time management. How did you go about time allotment to handle all your priorities?

Being the product person in startups, for most of my career, I’ve seen the issue of time management cropping up multiple times.  I use time blocking as an approach that I’ve picked up over a period of time. It’s a process that includes translating my to-do list into actual time blocks on my calendar. Having dedicated time blocks, even if it is for thinking and looking back, is crucial.

Apart from this, having someone to bounce off ideas through retrospection, on a weekly or bi-weekly basis, also comes in handy. I usually have a weekly catchup call with a close advisor, before which I jot down all the happenings of the past week and the problem statements we’re stuck at.

There is often a lot of important administrative work to deal with. But it doesn’t really matter if you are not able to solve your core problem at a great velocity. So, it is ok to overlook a few things, at times.  Weekly catch ups can give you an external perspective and also help figure out whether you’re allotting time in the right areas.

Once you implement the changes to manage a chaotic phase, how long does it take for the solution to get reflected?

It’s too early for us to conclude that we’re all sorted for good. However, speaking from my personal experience, things don’t turn around immediately. The turnaround time depends largely on the team you’re working with or the problem statement you’re working on.

For instance, there was a phase when we were slow on growth. Eventually we realized the need to expand the team, but hiring the right people and actually having them join your organization takes time. On the other hand, say your engineering velocity is slow primarily because you haven’t yet clearly defined what needs to be built. In that case, you perform better in the next sprint and you should ideally see some result within a month or so.

What is the next focus area that you’re currently chasing?

Interestingly, when we started off, we were doing great on the product and engineering front. Despite being a team of three, we were shipping really fast, but growth was a challenge. Now, the scenario has flipped. We've reached a momentum where we’re hitting decent growth almost every week, but we aren’t shipping real fast. The team is more deliberate and is iterating a lot more internally. We’re trying to figure out ways to move faster in production and cater to the customers.

So, our next target is to get to a point where both the engineering and product team are shipping at least once in two weeks.

Is there anything about the Accel Atoms program that had you pleasantly surprised?

I think that would be the mentorship network - our mentors were super helpful. Initially, I was a bit skeptical about how the program would turn out to be, but we got connected with some really good mentors. The Atoms program helped us identify a lot of things that we were initially blindsided about, and think clearly thereon.

Lastly, why would you recommend Accel Atoms to upcoming founders?

It is very easy to get stuck with your mental models and instincts, especially in the early stages of building a startup. To survive and thrive, it is very crucial to have an external perspective early on. The first medium for that is your customers.

Accel Atoms exposed us to a strong peer network to reach out to for help - I think that’s extremely important. It is great to have peers who can take an unbiased look at what you’re doing. The Accel mentors were also a big help, not only with their words but actions as well.

Thank you! Your submission has been received!
Oops! Something went wrong while submitting the form.
Recommended Posts
The Atoms Spotlight - What Detect did in its first 100 days after funding
By
Sairam Krishnan
,
July 4, 2022
General