DhiWise: A Surat boy's dream to build a programming platform for the global developer community 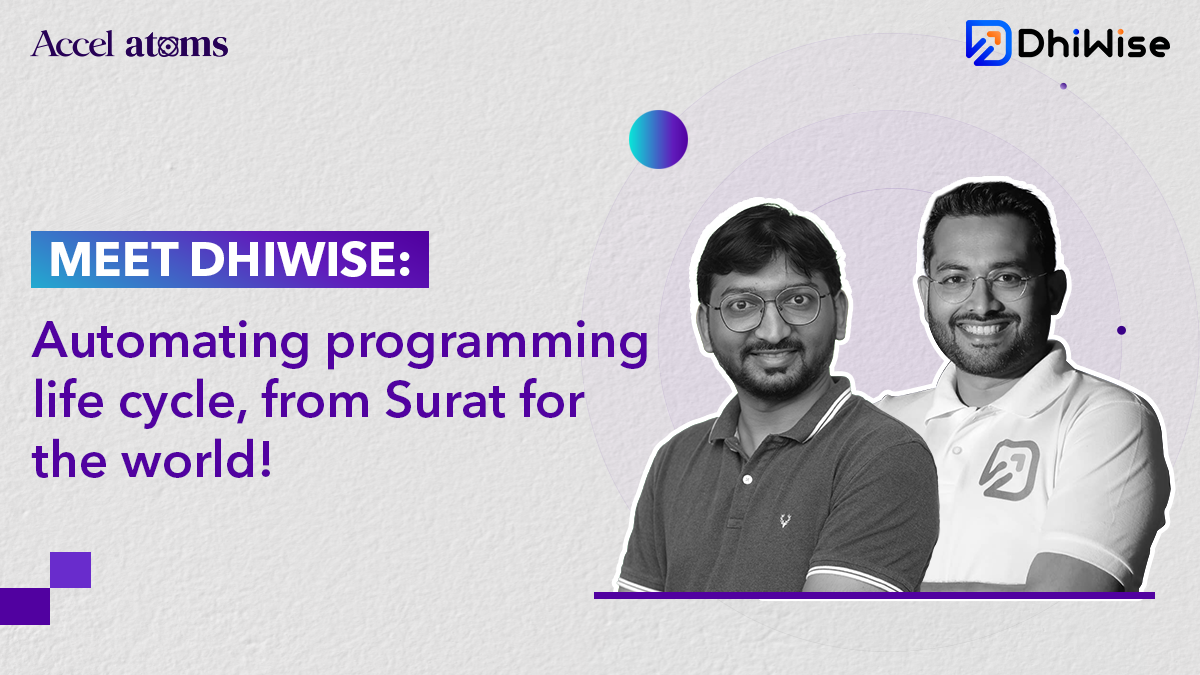 Problems are given to you for a reason; they are disguised opportunities; thank God for them!

Programming can often be repetitive and mundane, taking up valuable time that could be spent on more productive things. Vishal Virani and Rahul Shingala founded DhiWise in April 2021 to address this massive problem faced by programmers.

DhiWise is an AI-powered devtool that is capable of thinking and generating source codes just like the human-written ones. It promises to change how coders work by enabling them to automate programming and fast-track application development by 10X. Anyone looking to save time and energy on repetitive tasks should look up to DhiWise!

We will walk over DhiWise’s growth journey, its challenges, turning point, and how its founders transformed their mindset from running a service company to a growth hungry product company.

Vishal Virani is a first generation engineer who is always interested in taking risks and building something independently. With this in mind, he founded an IT consulting firm with his college friend Rahul Shingala while still in his eighth semester. The consultancy quickly grew to a team of 150 developers who handled quality ERP projects, built software products for global clients across twelve verticals, and generated over a million dollars in revenue.

However, during this journey, the founders also witnessed the underutilization of developers' potential, since every new UI/UX required repetitive effort to build from scratch. After extensive research, it was clear that this was already a big problem with no available solution in the market.

Vishal and Rahul came up with the idea of automating front-end programming and began to build the next-generation programming platform for the global developer community. That marked the beginning of DhiWise.

Despite coming from Surat, Gujarat, with no access to a startup ecosystem, the transition from running a service consultancy to building a product for the world was not without challenges.

The co-founders underwent six months of research before taking the plunge into product development. They turned to Y-combinator and Accel (SeedtoScale) content to shape their product mindset.

Their crucial research with 300+ low-code and no-code platforms found that existing tools only reduced the grunt work of a developer to a much smaller extent.

Vishal came across the Accel Atoms program through research and realized that Accel India might be a good source of funding for his project because of their past investments in DevTools. He was excited to find a potential match and decided to apply.

How has Accels Atoms helped the founders in their product startup journey?

Reversing the code generation process is how DhiWise will change how programming is done. That will have a drastic and profound impact on the software development industry.

Another major challenge is the need for more documentation for technical processes. It can be a big problem when developers leave the company and other employees don't know how to catch up with the next step.

DhiWise is trying to cover 100% of the programming life cycle so that this repeated issue is completely wiped out in the future. Its roadmap indicates that this will happen within one year. That would imply a complete shift in programming methodology, saving at least seven days out of ten. That means you can instantly generate readable, modular, and reusable code with DhiWise.

Build apps at blazing speed with the DhiWise programming platform. The future is now! Just a step away without compromising on code quality, developer productivity and experience. Sign up for DhiWise and join the fastest growing community of 30,000 developers from the world’s leading companies.