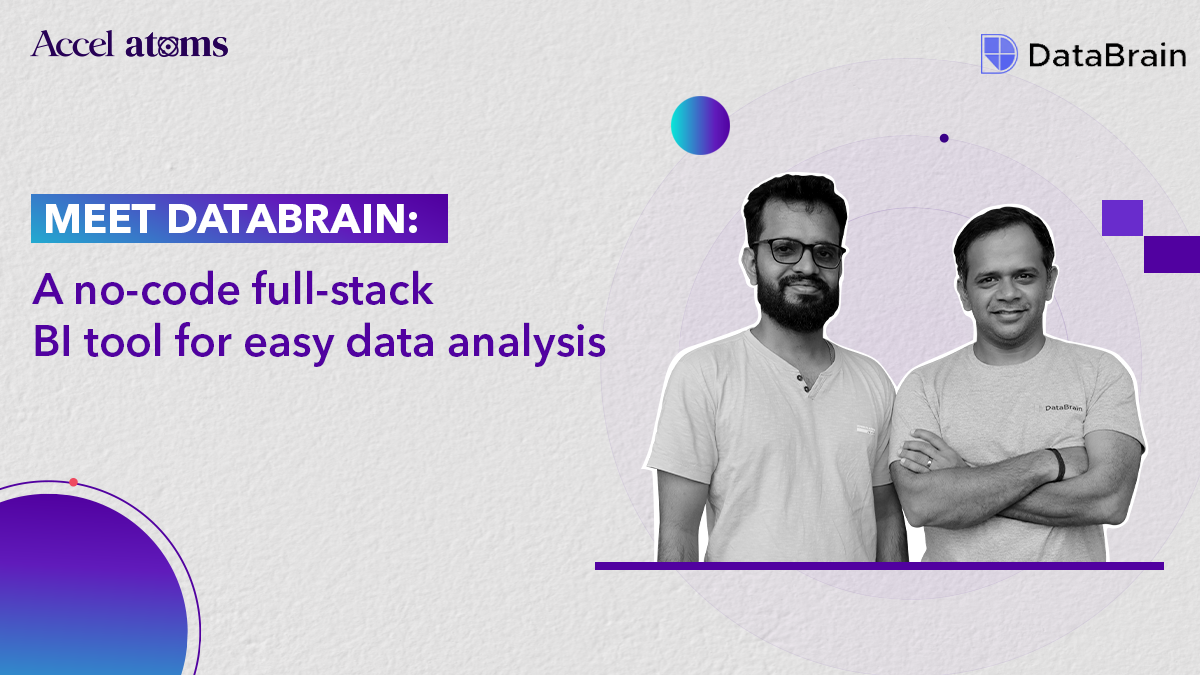 Data analytics is becoming increasingly vital for smooth and accurate decision-making within an organization. This is even more true after the pandemic when most professionals are making critical business decisions from their homes. However, creating a central data repository involves a lot of complex engineering effort. The issue multiplies rapidly when departments like marketing, sales, and finance require standalone data dashboards for each business metric. In such a scenario, accurate data representation becomes a challenge as different departments mostly come up with different values for the same metrics. To fix these challenges, co-founders Rahul Pattamatta and Vysakh Sreenivasan started building DataBrain.

Co-founders Rahul and Vysakh dreamt of building something of their own since their college days. While Rahul worked his way through smaller enterprises for about a decade to learn how to start his own company, Vysakh was already running a dev agency himself.

When they decided to build something together, they were sure of two things - the product would be in the deep tech space and would have a large-scale impact on an enterprise level. Rahul tried evaluating a couple of ideas on the consumer-side, but soon realized that his passion lies in developing a product on the B2B side of things.

Having worked on multiple data and ML products in their professional careers, the co-founders have been in the eye of the storm. Rahul mentions that the idea of DataBrain, in essence, has evolved from a previous startup they were both working for, where they would plug in the client’s data, and display it to them. In the process, they realized the varied issues non-core teams face while making data-led decisions. They realized that multiple teams across finance, sales, marketing etc. were approaching them to build a unified dashboard that would provide accurate data. This was mainly because large companies tend to deal with various SaaS tools that generate plenty of data within their own platform. Storing this data securely and consistently in a centralized repository with team-centric visibility requires complex engineering effort which often becomes a challenge. The co-founders wanted to fix this with a cutting-edge out-of-box solution. With DataBrain, teams can just plug the data in and reduce the amount of engineering effort sometimes from 3 months to 3 days.

Rahul and Vysakh wanted to refine their idea more, so they started having conversations within their personal circuit to understand the pain points better. “Instead of rushing for a product launch, we talked to a lot of data professionals and non-tech teams to deeply understand the issues these people are facing in enterprises,” Rahul adds. These conversations further validated the critical nature of the data-to-decision-making process. The co-founders then iterated their way to the focus problem of DataBrain, i.e., providing accurate data to every team within an organization, easily and effectively.

Databrain started as a web landing page, mentioning the problem and how the team will solve it.

To find early adopters for the product, the duo began leveraging their personal network - asking them about their pain points and getting them to sign up for the platform’s waiting list. In this regard, Rahul says, “I had conversations with people I’ve worked with previously. Some were willing to take a bet on us. Initially, we were fine even if the pay was not high enough. On the other hand, they were also ok with us not delivering a fully polished product yet, since that is the very nature of the 0-1 phase of product building.”

The team has zero marketing spend at the moment. Rahul and Vysakh's objective is to get their first-degree contacts to like what they bring to the table and use their word-of-mouth to tap further into the second and third-degree connections. However, Rahul acknowledges that these resources will exhaust, and they will need to hire a sales and GTM team soon.

The biggest roadblock for the team so far was a common one that almost every entrepreneur encounters - turndowns from several prospective clients. Rahul mentions that getting frequent rejections in the early stages, especially from your own circuit, can be demoralising, but it also has a positive side.

Rahul explains, “The most vital aspect about hearing a lot of no’s is that they can become valuable feedbacks that help filter the idea itself. As we pitched variations of the idea, we received a few greens, but most people were not ready to take a chance on us. The key is not to give up and dig deep to understand why they are saying no since most of them are transparent while giving the feedback.”

Recalling their time in the Accel Atoms program, he shares that the candid founder stories gave them tremendous confidence to continue their journey. Speaking about the major takeaway, Rahul says, “Atoms always stuck to the basics and we ingrained that in ourselves. Entrepreneurs tend to get caught up and often forget to ask rudimentary questions. Accel Atoms helped us stay aware in this case. Now, while evaluating a thought or an idea, we always ask ourselves certain basic questions before going ahead with it.”

DataBrain is currently in private beta mode. The platform already has over 150+ pre-built connectors, for all the popular SaaS tools, a data modeling layer, a transformation, and a data observability layer.

The data space is booming with innovations and DataBrain co-founders are aiming to be the next-gen platform and provide organizational teams with consistent, trustable, and accurate data & metrics.

DhiWise: A Surat boy's dream to build a programming platform for the global developer community
By
Vikrant Mehra
,
December 13, 2022
General

DhiWise: A Surat boy's dream to build a programming platform for the global developer community